MATHEMATICS IN KEY STAGE ONE

In Key Stage One we teach to the objectives set out in the National Curriculum for Year One and Year Two.

The following summary for mathematics in Key Stage One (Years One and Two) is taken directly from the new National Curriculum:-

"The principal focus of mathematics teaching in key stage 1 is to ensure that pupils develop confidence and mental fluency with whole numbers, counting and place value. This should involve working with numerals, words and the four operations, including with practical resources [for example, concrete objects and measuring tools].
At this stage, pupils should develop their ability to recognise, describe, draw, compare and sort different shapes and use the related vocabulary. Teaching should also involve using a range of measures to describe and compare different quantities such as length, mass, capacity/volume, time and money.
By the end of year 2, pupils should know the number bonds to 20 and be precise in using and understanding place value. An emphasis on practice at this early stage will aid fluency. Pupils should read and spell mathematical vocabulary, at a level consistent with their increasing word reading and spelling knowledge in key stage one."

The following information offers an overview of the key concepts covered in Mathematics in Key Stage One.

Numbers and Place Value
In Years One and Two children learn to read, write and order the numbers up to 100 and beyond. They work with a range of resources to develop their understanding of place value - for example to know what the 4 digit represents in the number 43.

At Wellfield we use resources such as bead strings, Numicon, straws and Deines to support children in developing their understanding of place value, (see below).

Children use Numicon and bead strings to make numbers up to 20 which helps them to begin to develop an understanding of the place value of a two digit number, for example by seeing 16 as 10 and 6 more. 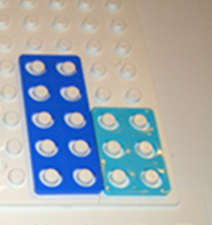 Bundles of 10 help children to appreciate place value and understand which digit will change if they increase a number by one or ten.
Deines, (Base 10), resources help to illustrate the value of each digit. Although mainly working with two digit numbers in their calculations, children are encouraged to use these resources to represent three digit numbers too.
In this strand of maths children also use their knowledge of place value and number order to say which number is one more or one less that a number up to 100, (Year One), and then compare numbers using the more than/ less than symbols > <, (Year Two).

Addition and Subtraction
In Years One and Two children are taught to read, write and interpret number sentences using the symbols +,- and =. Children use objects such as counters, number lines, pictures and mental strategies to help them to solve their calculations.

In Year One they add and subtract using numbers up to 20.


Continuing on from their number work in Reception the children consolidate rapid recall of number bonds for numbers up to ten, including recall of doubles. They apply their knowledge of pairs of numbers that make ten to help them to identify pairs of numbers to make twenty.
For example:

In Year Two children begin to add and subtract using larger numbers including:-

(More information about what we cover for addition and subtraction in each year group, along with illustrated examples, is available on the Calculation Workshop Powerpoints at the bottom of this page)

They also start to explore patterns in numbers.

In Year Two children are taught to read, write and interpret number sentences using the x, ÷ and = symbols.

They are taught to recall and use multiplication and division facts for the 2's, 5's and 10's multiplication tables and recognise odd and even numbers.

We use groups of objects to put into sets of two to help children to explore odd and even numbers. We also use Numicon for this, (see below).

(More information about what we cover for multiplication and division in each year group, along with illustrated examples, is available on the Calculation Workshop Powerpoints at the bottom of this page)

Fractions
In Year One children are taught to:-

Children are given shapes to fold and cut to show halves and quarters. We also use objects such as fruit to divide up.

The children also use the unit blocks in the construction area to find shapes that are half the size or double the size of others. 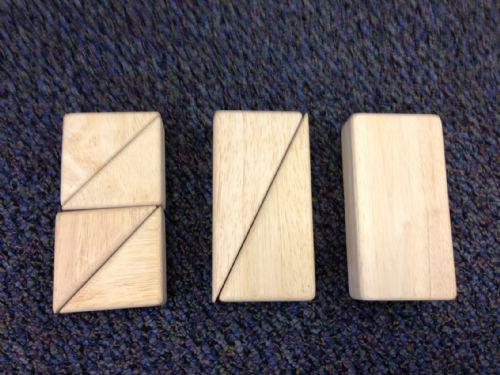 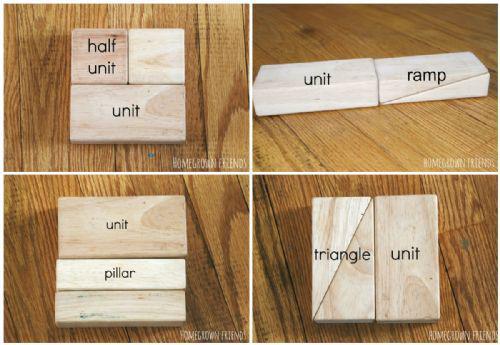 In number children use sets of objects such as counters to find a half, quarter or third of a quantity by sharing them out.

Measurement
In Year One children compare the length and height of objects using terms such as longer/ longest and shorter/ shortest. They use non standard units to measure them, (see below).
They compare the mass and weight of objects using resources such as a simple balance...
... and measure capacity using containers such as jugs and beakers using the appropriate vocabulary such as full, half full, empty, more than and less than.

Time
In Year One children sequence events in chronological order using language [for example, before and after, next, first, today, yesterday, tomorrow, morning, afternoon and evening]. They recognise and use language relating to dates, including days of the week, weeks, months and years. They are also taught to tell the time to the hour and half past the hour and draw the hands on a clock face to show these times.

In Year Two children compare and sequence intervals of time. They tell and write the time to five minutes, including quarter past/to the hour and draw the hands on a clock face to show these times. They also learn the number of minutes in an hour and the number of hours in a day.

In Year Two children are taught to recognise and use symbols for pounds (£) and pence (p). They combine amounts to make a particular value and find different combinations of coins that equal the same amounts of money.

They also solve simple problems in a practical context involving addition and subtraction of money of the same unit, including giving change.

For example:-
Bananas cost 6p each. If you have 20p how many bananas could you buy? How much change would you get?

In Year One and Two children build on their knowledge of 2-D and 3-D shapes gained in the EYFS.

In Year One they are taught to recognise and name common 2-D and 3-D shapes, including:
* Please note - Rectangles are shapes which have four straight sides and four right angles. These include oblongs and squares.

In Year Two the children learn to recognise and name a wider range of 2-D and 3-D shapes and to talk about their properties and features. They us the terms edges and faces and vertex/ vertices when referring to the points where two or more edges meet.

Here are some charts which identify the key shapes taught.
Children recognise 2-D shapes as a face on a 3-D shape and compare and sort shapes according to their properties.

Geometry - Position and Direction
In the EYFS children's knowledge and understanding of position and direction is developed through the use of resources such as blocks in the construction area and through small world play. Through these activities children develop the vocabulary relating to position such as next to/ beside, above, below etc.
In Year One children continue to be presented with practical activities that develop their ability to describe position, direction and movement, including whole, half, quarter and three quarter turns.

Pupils use their own bodies and objects to make whole, half, quarter and three-quarter turns in both directions and connect turning clockwise with movement on a clock face.

We also use various computer programs and robots called "Beebots" to explore position direction and movement.
In Year Two children order and arrange different combinations of shapes, objects and pictures in patterns and sequences. They develop their use of mathematical vocabulary to describe position, direction and movement, including movement in a straight line - using terms such as horizontal, vertical, diagonal. They start to explore angles and recognise and name right angles, and distinguish between rotation as a turn in terms of right angles for a quarter turn, half turn, three quarter turn and full turn, both clockwise and anticlockwise.

They explore patterns and shapes in different orientations.

Statistics
Although statistics is not mentioned prior to Year Two in the new National Curriculum, at Wellfield children start to sort and classify objects from Nursery.

In the EYFS children sort or group themselves and objects into categories according to different categories such as size or colour in practical contexts.

In Year One the children are introduced to simple pictograms and blockgraphs both on paper and using ICT programs and they start to interpret the data to answer simple questions. They also begin to gather their own data and record it in the form of a block graph or pictogram with adult support.

In Year Two the children we extend the children's knowledge and understanding of these types of simple graph. The children are expected to work more independently when constructing or interpreting pictograms and blockgraphs and they also begin to construct and interpret other data handling systems such as tally charts and tables. They are taught to answer questions relating to the number of objects in each category and order categories by quantity.

Unfortunately not the ones with chocolate chips.

Some cookies are necessary in order to make this website function correctly. These are set by default and whilst you can block or delete them by changing your browser settings, some functionality such as being able to log in to the website will not work if you do this. The necessary cookies set on this website are as follows:

Cookies that are not necessary to make the website work, but which enable additional functionality, can also be set. By default these cookies are disabled, but you can choose to enable them below: